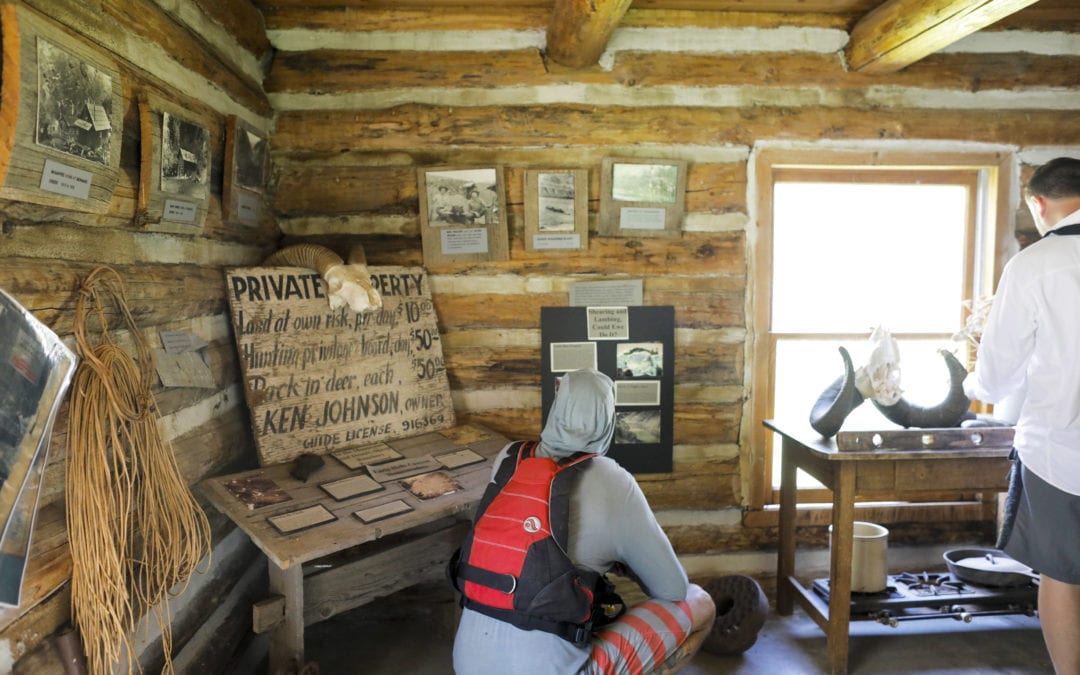 Boating in Hells Canyon has a rich and storied past, full of brave pioneers who dreamed of finding adventure, navigating new waterways, and carving out a unique way of life.  The early explorers and outfitters of Hells Canyon are numerous, and here at Hells Canyon Raft we owe our livelihood today to many of them.

The history of the canyon and the Snake River could fill many books, but we’d love to tell you a little more about our small piece of Hells Canyon history and how the Armacost family came to be the proud owners of this fine rafting company almost 40 years ago. The story begins with one of the great characters of Hells Canyon boating history, Ralph Page.

Page, named in his obituary as the “Spirit of the Canyon,” was born in 1910 and led a life as a prospector and miner in both Alaska and Northern Territories, eventually settling in the Hells Canyon area. He was a hunter, fisher and commercial powerboat guide in Hells Canyon beginning in the 1950s, eventually starting his own company and operating through the early 1970s.

After the Hells Canyon Dam was built in 1967, commercial activity increased quickly in the waters below the dam and the Forest Service saw that it would need to be managed. The first permits for commercial powerboating in Hells Canyon were issued in 1970 for the 7-mile stretch between the dam and Wild Sheep Rapid, and Ralph Page was among the first to be granted these permits.

One of the other permit holders at this time was the Zanelli family, who began operating a powerboating company, Hells Canyon Navigation, in the late 1960s.

Eventually, Page became disenamored with the growth of the commercial industry, the dam and the Forest Service permit system, and he sold his company to the Zanelli family. Page owned a mining claim and home just two miles downriver from Hells Canyon Dam, which is still standing today, and continued to have a presence on jet boats in Hells Canyon for many more years.

In 1973, under pressure from outfitters to further limit commercial operations in the canyon, the Forest Service created a more robust permit system. Hells Canyon Navigation and the Zanelli family were awarded one of the 18 commercial Special Use Permits for both rafting and powerboating. Shortly thereafter, in 1975, 67 miles of Hells Canyon was declared Wild and Scenic. Although rare on most Wild and Scenic designated rivers in the U.S. powerboats were grandfathered in at the time.

Hells Canyon Navigation operated until 1983, which is when our personal chapter starts. Gary Armacost, the father of current owner Kurt Armacost, purchased the business and permit from the Zanelli family and began operating as Hells Canyon Adventure.

At the ripe old age of 14, Kurt began rowing a gear boat on his father’s commercial whitewater rafting trips. Not yet old enough to take guests down the river, Kurt nonetheless quickly learned the ins and outs of commercial boating and acquired many lessons – about rivers and life – from his father and other seasoned guides. By the age of 17, Kurt was leading trips on his own. In 1996, Kurt and Heidi Armacost purchased the company, and it became Hells Canyon Raft.

Fast forward 37 years from those first trips in the early 80s, and Kurt has been through Hells Canyon hundreds of times. When we say this company and this business are in our blood, we mean it quite literally. This is the only way of life we know, and we wouldn’t have it any other way. Kurt and wife, Heidi, have been operating Hells Canyon Raft together for 26 years. They are 100% hands-on in running their family company, and they oversee all aspects of your trip. Even though life revolves around rafting for Kurt and Heidi, they rarely pass up an opportunity to take personal river trips too. Not only is it still their favorite place to be, but they feel fortunate to pass on their family history and passion for rivers to their two daughters.

Most importantly, they still love to take guests just like you on river adventures. An overnight rafting trip in a majestic and historic place such as Hells Canyon provides profound experiences and lifelong memories. The Armacosts can’t wait to show you the wonders of the river canyons that are so deeply woven into the heart of their family.

Looking for a little more? We recommend the following books for Hells Canyon history. Bring one along on your next trip with Hells Canyon Raft!

Snake River of Hells Canyon by Carrey, Conley and Barton

Island and Rapids: The Geologic Story of Hells Canyon by Trace Vallier

Trips in your cart

We love to talk about river trips, call or email us today.